How You Can Get Rust Off Your Chrome Rims

Rims are one of the appealing features of a car; that is if they are clean and still sparkling as if they are new. The same cannot be said of rusty rims, though. Rusty rims are not only ugly but can also lessen the value of your car. But getting rust of the rims isn't a mission impossible; with some simple items like automotive wax, you can actually beat the rust. The following guide explains how.

This could be the easiest method of all since it doesn't require much. You require automotive wax, mild soap, water, and towels. First, begin by washing the rim with a solution of mild soap and water to clear debris. Dry the wheels with a towel and check the areas that require polishing. Using the automotive wax, wax the entire rim and rub the rusty sections hard.  Polish off the wax when it has dried and check the rims for rust. If rust is still present try the next method.

Begin by cleaning the rims with a solution of mild soap and water. Once the rims have dried off, wipe them using a towel that has been dampened with some rubbing alcohol.  Using the medium grade steel wool, rub the sections of the rim affected by the rust. The force you require to rub the rust is dependent on the degree of rust. Wipe the metal from time to time to check the status of the metal. If you don't monitor the status of the rim, you may find the underlying metal destroyed because of using too much force while rubbing.

If you find that the rust is deeply engraved in the rim, stop rubbing; if you continue to rub, the rust will leave a pit. The answer to such a problem is a chemical that binds the rust. A good example is Plus Rust Converter; the chemical covers the rust and guarantees that no metal is lost.

Keep in mind that removing the rust is not only important because it adds beauty to the car but also because it strengthens the rim structure. If you allow the rust to stick to the rims for a long time, the rust will finally eat into the metal and create pits that weaken the structure.

For assistance, talk to a local car mechanic. 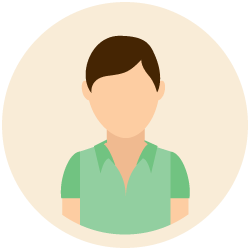 I've been running an auto service shop for the past 30 years. The trends in cars have changed a lot over that time, and cars are becoming a lot more complicated and automated. People can't fix many items on their own cars any more as you need a computer to diagnose most issues. People use their cars a lot more these days as we live further away from workplaces and schools so it's important for me to be able to get cars back quickly. I have had to keep learning about how the new cars run and I keep a lot of hints on this site so you can all learn the things you can do to make your cars run better.